All Things Discussion On Web3 and Music NFTs

But that's why, like all these social media platforms, they try to make like get more exposure.

Or for videos or content or pictures that have people in it on them.

So basically, if all 30 of us are on the song, we need to like have all of our faces each part of our song.

I mean, you can do it, or you can also like play with the colors. If you want to have a bagel, you can do the bagel. But the most important thing is to create the content and and actually work to get the content be exposed.

Does the thing if we have 30 people.

In the same hash decks.

Man, the algorithm is going to think that it's viral stuff. 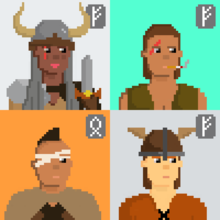 No, what's going on? I am just like observing and listening to you guys just really figure out the algorithm and you're getting very close. Like I'm actually talking to my business partner downstairs and like you know he puts in 60 hours a week with an I don't know if I should drop the company, but it's an agency out here in Atlanta and he's like the Tik T.O.K guru like literally taking nothing when I say like nothing and I would say that like you're, you're touching on the right points.

About Divergence, it's about the most divergent thought you can have and really like if you look at like you know, to make it easier, you look at a division symbol. Three points that don't really connect with each other that connect in some sort of way. When the viewer views or the listener listens, that's how tick Tock operates.

Ask my business partner and see cause like he's.

And I'll ask him that should immediately he works like 60 hours a week for like the past two years you know behind all these social media campaigns we were behind. We were behind Basie and shit. And you know, like RCA, Columbia, Sony, all those artists to just find you take a song.

Right, you take a concept. The concept is the most random thing you have right and individuals.

Right, making those lineups and not necessarily being on the nose. That's how you, that's how you become viral. That's how you take something that you know he makes content. He actually hands. Pretty like curates the content.

To take something that has gone from not being heard before to like 20 million views.

Yeah he Umm, he actually walked by just now when we were, uh, you know everybody was talking and you know I asked him a couple of questions and he was like you know you know everything sounds good but you know it's it's all about that whole like is it you? You have to be careful not to put something out there. Just going to run an idea if it's going to represent the whole collective. Because once that one thing takes off that one thing is taking off.

Also Read, - How to get an entry level job after college

And if that one thing is an individual's vocals or track.

So when it takes off, you know they gonna be some. You know you just wanna make sure that nobody standing with their pockets pulled inside out like the man I was a part of that you know yeah no so I'm just here I'm observing I had to come up when I heard what was going when I heard what was being discussed as Anna brought it up and I was like oh shit she hitting on the points.

So I'm listening to anything that I feel like you know, if even if I don't get any questions, I'll write some things down that can't be, you know, necessarily figured out here. I'll ask him, you know that shit because he is tick tocks algorithm pretty much.

And I'll see if I can get some answers. If you know if that's the goal is to get something, put out there, and like honest, it almost sounds like a Tik T.O.K raid.

No dude, thank you. Thank you for coming into this space. My guy. It's good to finally talk to you about Hurricane gone and then I wanna go to Davis right after and then murder cause they I don't think they still want to say something.

Flags my bad. I just had a question about what he was saying. So like does it really matter if like one person pops off out of the 30 that we that's in there like I think that's beneficial. Either way, whether it's the collective or whatever like I don't understand how that works. I feel like if one person out the whole thing pops off then it's like everybody pops. Everybody pops off. Everybody has to be in agreement though.

Also remember that like even if you, if we are creating.

What you can do is just a split. Is there another way? I don't know if you guys know about this pacito.

Exactly Despacito has a lot of versions now. The thing is, like every single version that they made the remix with Justin Bieber. The remix with Daddy Yankee, and the one without Daddy Yankee, were all registered like they are in ASCAP and BMI.

And that's gonna go like that. That song will be registered in the piers.

And every single person that was part of it, they're getting. They're getting fragile royalties. So that's the thing it's playing. As I said, it's about knowledge, and knowledge is power.

Dude, imagine if you had underground classes where basically you did? Uh, what the fuck you know, like XXXL class, right? Yeah, like an XL class, whatever you know, like they Group A bunch of rappers together and they're like yo-yo, this is the XXL class if that's the platform, right? Am I tripping someone? Affirm me right now.

OK, you did the same thing. Like royalties aside marketing aside, that's a great way to basically.

Teach web three people. You know what I'm saying. Like, take them through the courses on a bunch of shit. A man from music registration to collaboration to generating the content, to put that content out to a crash course on algorithms.

And you know you give them a nice like.

Like peer group, you know, because sometimes it can be very isolating and that is a very real way. Like that's some shit I would sign up for. You know, I feel like if it was marketed to me correctly. But like yeah, basically you for free, you're you know we the underground has the resources to basically, you know, connect the dots for a bunch of shit. 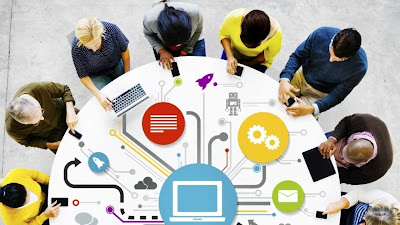 How To Build Your Online Community ? Building an engaged and collaborative community online takes strategy, persistence, and a deep belief in the transformation people can experience by becoming an active member of the collective that you are creating.   How to find your target audience ? To find your community, let's start by considering this:  who are the people we want to attract in the first place?  When considering building a community and a support network,  think about what makes up your "perfect people."  In business, the perfect people idea has all sorts of names:  target audience, avatar, persona, ideal customer. To begin, ask yourself about your perfect people:  What are their interests and goals and dreams?  What keeps them awake at night?  What do they read, what do they listen to and watch?  And if you had to name them, what would you call them? For example, I call my people modern mystics.  Maybe yours are creative fashionistas,  digital nomads, fun foodies 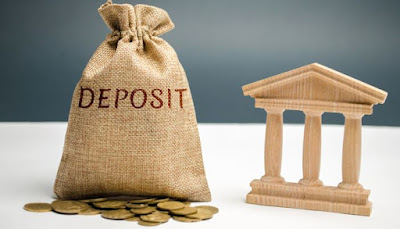 How do Bank Deposits Work ? - The Financial Express

You may have noticed that when you deposit money into a bank,  sometimes you have access to that money right while at other times it might take a few days before it becomes available for you to use.  Why the difference?  Well, it often has to do with the way banks process different types of deposits.  If you make a cash deposit with the teller at your bank, the money will often be available in your account immediately, or the next business day, depending on your bank’s policy. Your teller will be able to let you know.  If you deposit cash using your bank’s ATM,  you’ll typically be able to access your funds right away.  That’s because ATMs now automatically count the bills you insert,  rather than waiting for tellers to verify your deposit later.  Scheduled direct deposits from a payer like your employer are usually available in your account on your regular payday  or the following business day. That’s because the bank that the deposit is coming from will schedule a credit to your acc 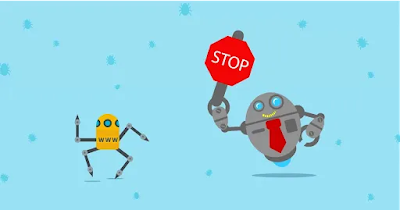 Google Explains Three Ways Hide Website in Google Search Result SEO People asks whether it's   possible to hide a website in search while still   letting users access it.    In short, yes you can.   There are three ways that you can do that use a  1. Password  2. Block crawling  3. Block indexing.     Let's take a quick look at them.   Locking a website down with a password   is often the best approach if you   want to keep your site private.     Neither search engines nor random web users   would be able to see your content, so it's quite secure.   Blocking crawling is another approach.         This is done with the robots.txt file .   Random users of the web would still   be able to use your website while well-behaved search engines would know not to access it.   This isn't an ideal approach, since search engines   might still index the address of the website without accessing the content.      It's rare, but it can happen.   Blocking indexing is the other op